To share your memory on the wall of Donald Sams, sign in using one of the following options:

Print
Donald Bryan Sams died a “wrongful death” on the morning of July 25, 2020, in Jerome, Idaho at the Westec Storage facility, he was taken too soon.

Unfortunately Donald Sams will not have church services due to the COVID-19 virus, but... Read More
Donald Bryan Sams died a “wrongful death” on the morning of July 25, 2020, in Jerome, Idaho at the Westec Storage facility, he was taken too soon.

Unfortunately Donald Sams will not have church services due to the COVID-19 virus, but later after the virus has gone we would like to HONOR Donald with a graveside service.

Donald Bryan Sams graduaed from High School at Milk River, MT and went on to finish his classes at Berkley, CA where he obtained and received several degrees in Mechanical, Electrical, Chemical, Architectural and Structural Engineering, and a minor in Geology. Donald B was a very well educated man.

Donald Bryan Sams will truly be missed and remembered for his Generous Spirit, Good Humor and Tireless work he gave his fellow man. Donald Bryan Sams was extremely proud to be an “Iron Worker” and to be remembered because he helped build “The Perrine Bridge” and made it safe for all to enjoy.

At 16 years of age, Don was the Youngest Wilderness Outfitter in the State of Idaho.

Donald is survived by his wife Sharon Jane Davidson-Sams, three sons David Carol), Matthew (Tina) and Nathan (Shasta) and a brother Kenny (Milly), Don had three beautiful grandchildren and seven Great Grandchildren, which he loved dearly. Don is preceded in death by his parents, Don’s only daughter (Mandy Robertson), a brother, a sister, and an ex-wife Rena Jackson.

Don had a Great Grandmother known as Medicine Woman of Nine (9) tribes, and her ashes are at “Wounded Knee”. Don’s Great Uncle had a mountain named after him as well, up Hyndman Peak Road, named “Johnstone Peak”.
Read Less

Receive notifications about information and event scheduling for Donald

We encourage you to share your most beloved memories of Donald here, so that the family and other loved ones can always see it. You can upload cherished photographs, or share your favorite stories, and can even comment on those shared by others.

Plant a Tree in Memory of Donald
Plant a tree 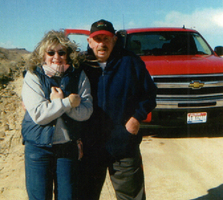 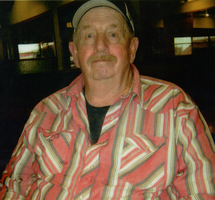 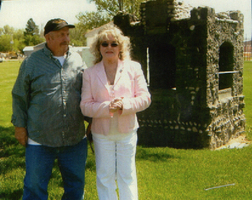